How to borrow credit from airtel 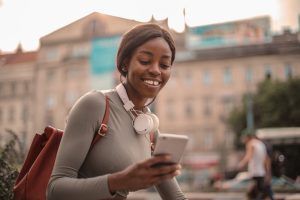 Do you have low credit and want to know how you can borrow airtime from airtel? Look no further, we got you covered in this post just stay tuned.

Airtel extra credit is a service that allows you to borrow airtime whenever you’re low on airtime and then pay later with your next recharge, sounds cool right? Just like when you apply for a loan from the bank with collateral and interest but this time you’re not adding any collateral and the interest you are paying is just the 15% service fee of any amount you borrow.

With this you need not worry about low or insufficient airtime, you can always borrow credit from airtel extra credit so far you’re eligible and then pay back later with your next recharge. The airtel extra credit is always reliable and can help in times of emergency and difficult situations.

Have you ever being stuck in a situation where you needed to pass a call across someone but don’t have the airtime to do that? I bet you have being there and such situation is worsened when there are no stores around you at that moment where you can buy an airtel recharge card, not to talk of the slow response of the TopUp services from bank mostly as a result of poor network service or you might not have enough cash on your account.

Anyways don’t worry about that, in this post you’re going to see how to be eligible and how you can borrow credit form airtel extra credit service.

See Also: How To Borrow Airtime From MTN Network and Pay Later

How to be eligible for airtel extra credit

Like I said earlier, your airtel sim needs to qualify for an airtel extra credit and this mostly affects new airtel sims. If your airtel sim is not up to 2 months since you purchased and activated it, you won’t be able to borrow airtime from airtel.

This means that when you buy a new airtel sim, you need to use the sim for at least 2 months before you can be allowed to borrow from airtel extra credit. If you have used your airtel line for more than 2 months, also make sure your monthly airtel recharge is up to N200. That’s you must recharge not less than N200 in a month and if you always recharge your airtel line all the time, you’ll get more airtel extra credit offers.

This means that you’ll be eligible for more extra credit options to borrow from; you can borrow up to N200, N500 or even N1000 depending on your monthly recharge and you can borrow as many times as you want till you reach your limit and you won’t be able to borrow until you pay your outstanding airtime debt.

So without wasting further time let’s quickly see how you can borrow credit from airtel.

See Also: How to Borrow Airtime on Glo Network

Code to borrow airtime from airtel

*500# with your airtel sim, select 2 (Borrow Credit), a list of credit options that you’re eligible to borrow will be displayed to you.

Then select the airtime option you want and press send.

Alternatively you can borrow credit from airtel by dialing *500*airtime amount#. That’s to say if you want to borrow N100 just dial *500*100# and you’ll be credited instantly with N100 and so on.

This airtime can be used to make calls, text, subscribe etc. and it’ll be deducted immediately from your next recharge until you completely clear the debt. The airtel extra credit is really a good and welcome development that can help save you in urgent and emergency situations.

That’s how to borrow card from airtel, whenever you’re low on airtime don’t worry because with airtel extra credit you can always borrow airtime and pay back later with using your next recharge.
If this post was helpful to you, don’t forget to share it to your family and friends using the share buttons on this post.