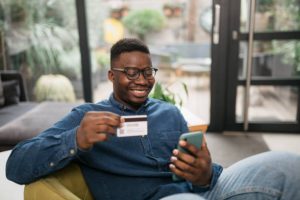 Why is my First Bank USSD code not working?

The USSD code is one that allows you to run several online banking operations. It is quite simple to use, and also operates without data connection. All you need is a mobile phone with the phone number you used to register your first bank account. Now, the ease of making transfers and other forms of online banking cuts off when the USSD code doesn’t work. Recently, so many people have been asking, ‘Why their First Bank USSD code not working?’ Here, we will consider some reasons for that and how you can also unblock your first bank USSD code

All USSD online operations would always request that you type in your transfer PIN. The only exception to this is when you want to buy airtime on the number registered on your First Bank account. If the response you type in when prompted to give your PIN is wrong, the USSD code will not be effective.

In a situation where your phone’s mobile server isn’t with a stable network, the USSD code might not work at the time you try it. So, usually, you would have to wait for some time before it eventually goes through. The other times, the network issue could be from the bank itself. So, when the bank eventually sorts out all issues relating to online banking, the code begins to go through. When the issue is related to an unstable network, you’d see ‘Connection Error’ or ‘Invalid MMI code’ prompted on your screen.

When using the USSD code, you’d be prompted with different information or menu details. Each display of information is usually timed, and in a situation where you do not respond in time, you would be prohibited from continuing. So, while using your USSD code, ensure that you give a response within twenty seconds or less.

When there’s a system malfunction, it means that everyone using the First Bank account is having issues using the USSD code. So, what you’d do is wait, at least till the whole issue is resolved by the bank.

When you do not have usable money in your account, or when your account balance is low, the USSD code will not fetch you any results. The only thing you would be able to use it for is change your transfer PIN. So, if you are going to continue, you’d have to ensure that you have some money transferred or deposited into your account.

How to unblock my first bank USSD code

The blocking of your USSD code could occur as a result of the reasons discussed above. To unblock your first bank USSD code you would be required to physically visit a First bank branch: For most of the problems listed above, you must be physically present at the bank to solve them.

For example, when you have the problem of incorrect PIN, the bank will not allow you to do that on your phone. You’d need to visit the bank branch closest to you for security purposes. Also, when you have issues with your bank account, you’d need to physically be at the bank in order to solve them.

When you head over to the bank branch that is close to you, march to the customer service section and then lode your complaints. In some cases, depending on the magnitude of the problem, you could be asked to present a couple documents for verification. Once that is thrashed out, you can then proceed to reset or reactivate your PIN.

Also, you could follow the procedures listed below if the issue isn’t as a result of the ones listed in the previous section. The solution to be described here is only useful if you blocked your USSD code with the procedures below;

The process of blocking and unblocking your USSD code would be highly useful when you lose your phone or SIM card. That way, you can prevent unlawful and uncoordinated transactions that could be run on your device.

How to unblock my First bank ATM card

The first bank ATM card is one that is useful when you need to withdraw money and make some other transactions with the ATM machine. Now, in a case where you lose your ATM card, you should get it blocked to prevent anyone from using it.

Usually, the ATM card is usually blocked via the mobile banking application or when you visit any of the bank branches close to you.

To unblock your first bank ATM account, you would need the following;

Once you have the items listed above, head over to any branch of First Bank that is close to you. You’d be asked a couple of questions by the bank as a method of proving that you are the owner. You may also be requested to submit a written application. Once that is done, the First Bank ATM card would be unblocked.