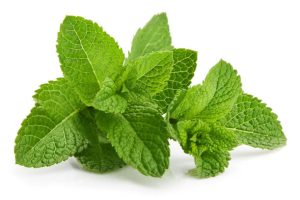 The tie that exists between the scent leaf and ovulation doesn’t directly affect how the eggs are produced. Every woman is born with a particular number of eggs in her ovaries, and so, no factor can actually alter the number. However, some factors like the scent leaf could have a meaningful effect on the rate at which those eggs are released to the fallopian tube. So, here, we will be considering the effect scent leaf has on the ovulation process, to know if it’s good or bad.

Ovulation can be defined as a process by which the ovaries in the female body let out an egg into the channels of the fallopian tube. It usually would occur within the range of thirteen and fifteen days, and that time period is known as the ovulation cycle. The cycle actually differs from person to person, so, there could be a couple irregularities between yours and another person’s.

Scent leaf on the other hand can be defined as a plant with a lot of known uses when it is related to the human body, here, we will be considering the relationship the process has with ovulation though. From different studies in botany and traditional medicine systems, it has been discovered that plants and herbs like scent leafs have constituents that have a lot of positive impact on fertility itself. And because of how easily and cheaply they can be gotten, they have been used quite frequently.

Ocimum Gratissimum, which is another name that you would hear people refer scent leaf as is one that can be easily found in Nigeria. It is a shrub that grows perennially, and can be used to hasten the process of ovulation. Now, the process can be hastened because there are other factors in the body that the scent leaf works on when it is used. Examples of these factors include the female reproductive hormones that are produced by the endocrine glands.

A few of these hormones include progesterone, oestrogen, the follicle stimulating hormone (FSH), and the Luteinizing hormone (LH).

Now, when the constituents of the scent leaf find their way into the body, there’s really no decrease in the magnitude of their effects. It instead is known to stimulate the Luteinizing hormone, and so, with it, there are higher chances of a woman becoming pregnant.

The other issue that would be brought into the limelight is that of scent leaf and menstruation. In the process of menstruation, the egg that is released by the ovaries moves down the fallopian tube, and then, stops its journey in the uterus where it becomes implanted. The implantation is usually in the walls of the uterus, and will be shed if the egg is not fertilized.

Now, when the egg is still not fertilized, the endometrium, i.e., the walls of the uterus sheds, and the egg implanted in it does too, to release blood. The discharge of the blood from a female’s opening is known as menstruation. Now, the irregularity in this process is in the fact that the period varies from one woman to the other, and those factors are dependent on the health, and diet plans of the woman.

Also, when menstruation occurs, it could be accompanied with cramps, which could be quite painful. The occurrence of these cramps is known as dysmenorrhea. When it occurs, the production of prostaglandins, which are used to stimulate labour in women is inhibited. And now, the scent leaf has an oil constituent that helps to stop the production of the prostaglandin hormone.

But then, the unclear issue is that scent leaf is also known to contain some constituents that also cause the walls of the uterus to contract, which is another way to induce cramps. So, the factors cut across each other, and because of that, the exact relationship between the scent leaf and menstruation still remains unclear.

Health Benefits of Tiger Nuts to Woman + Fertility and Pregnancy

Bitter Kola Soaked in Water – What are the Benefits or Effects?

Other health benefits of scent leaf

Vitamin A present in scent leaf is very beneficial in maintenance and improvement of eyes. Vitamin A is a very essential vitamin for the eyes. Deficiency in it could lead to xerophthalmia – a progressive eye disease that can develop into night blindness.

Having low-density lipoprotein also known as bad cholesterol in arteries could really lead to serious heart problems and disease. However scent leaf contains calcium and magnesium which helps to remove this bad cholesterol from our arteries thereby promoting heart health and function.

Including scent leaf in your daily diet could go a long way in helping your food digest and ease bowl movement.