Skip to content
Home
Love & Relationships
She has a boyfriend but flirts with me – What to do?

She has a boyfriend but flirts with me 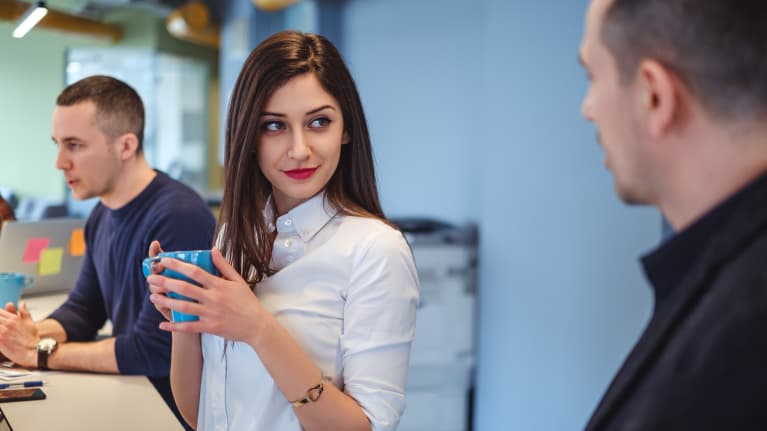 She has a boyfriend but flirts with you? Women give guys numerous signs when they are interested in them but do you want to know the number one sign she’s not interested and I bet have caused you hours of confusion?

When she complains about her boyfriend

She has a boyfriend but wants my attention

The woman you like probably isn’t doing this to hurt you. She might not even be doing it consciously. All she’s aware of is her boyfriend isn’t giving her all the validation and attention that she needs so she’s spreading her wings and seeing if she can fill that gap somewhere else. I know this is probably isn’t what you want to hear but you may just be in the right moment and at the right time to be on the receiving end of her fishing for attention.

She wants to feel appreciated however at the moment you’re the person she wants to feel appreciated by. So you flirting with her would act as an emotional fix for now. But as soon as her boyfriend heals the rift she won’t flirt with you or  need your attention anymore. She may even feel guilty for having to look to you to fill the emotional void and would back off completely.

She has a boyfriend but likes me

So even if she’s smiling at you, touching your arm, and leaning in telling you that you are handsome. If it all comes with a sign that she likes you and would love you to stay in touch if she didn’t have a boyfriend don’t take her signs seriously, she’s just being emotional.

It’s very easy for girls giving you these huge signs that she likes you just to ignore the fact that she has a boyfriend but flirts with you and hope that she will cheat on him with you that night. Well I’m not going to pass judgment to any of you guys thinking that. Even if she did cheat on her boyfriend with you. it’s going to create a messy and complicated situation that you wouldn’t want to find yourself in so get out and move on.

You can enjoy the flirting in return but don’t get invested. Don’t spend time hanging out with her, listening to her, liking her or pursuing her with endless texts as this is one clear route straight to the red zone.

The next time she has a boyfriends but flirts with you. Just enjoy the brief flirtation and then move on unless you want to be her friend if not, move on. There will be many other single women who would want to flirt with you for real. So ditch the emotional feeling with taken women and have a flirtatious adventure with single women instead.

How get over a girl you still love quickly

Signs that shows she’s flirting with you