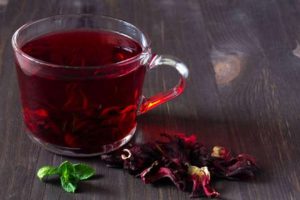 Zobo drink is a drink that is obtained from Hibiscus Sabdariffa. And really, the drink has several health benefits. But here, we will be considering the Zobo drink and the effects it has on menstruation.

Menstruation is a process that occurs in females, and it happens when eggs are released from the ovaries. Because of that, the lining of the uterus thickens, and only sheds when the female doesn’t get pregnant.

The shedding leads to the discharge of blood from the vagina of a woman, and it is a very normal and healthy occurrence. But then, at times, it could come with cramps which can be very painful at times, or some kind of burning discomfort. There are also other things that could occur aside cramps, and they include the following;

The Zobo drink helps to deal with diseases related to irregular menstrual periods. It also offers relief to you if you are the kind of person that suffers from the cramps. You also need to take note of the fact that different women have different menstrual cycles; i.e., they could see the blood flow out at very different times. Most times, as a woman approaches menopause, the menstrual cycle becomes very irregular. Some other women may also bleed more than others—heavy and light flows.

So, if you see notice something different about your cycle, you shouldn’t panic too much as it could be completely normal.

Ovulation is a process that describes the production of eggs by the ovaries. It is a regular process, and here, we will consider the relationship between Zobo drink and ovulation.

Zobo drink has a negative effect on ovulation and any other thing tied to female fertility. Estrogen is one of the female hormones produced by the ovary, and they function when a female is an adolescent. They also play very useful roles in a pregnant woman, or when she is undergoing menstruation. So, too much Zobo can actually reduce the rate at which estrogen is produced in the body.

However, on the good side, the Zobo drink doesn’t have the bad effect on the fertility of men. Instead, it helps to increase the sperm count and the motility of the male’s sperm. In fact, to get better fertility results as a male, you could go ahead to add ginger to your Zobo drink.