Skip to content
Home
Others
Banking
How to Qualify for Kuda Overdraft, Increase Limit and Borrow Money 2022 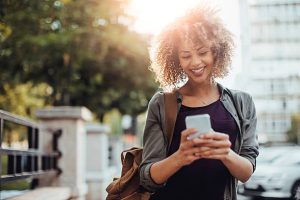 How to qualify for Kuda overdraft

The Kuda bank is a virtual bank that allows for more opportunities than other regular banks. To qualify for Kuda overdraft, you must ensure that you are a user of the Kuda mobile banking app. An overdraft is a form of loan that is given to you short-term so that you can attend to pressing needs at a time.

The Kuda overdraft feature also doesn’t involve you filling forms or presenting collaterals. The only thing that is done by the bank is that they run credit checks on you to confirm your eligibility for the overdraft feature. To take an overdraft, follow the procedures below;

How to borrow money from kuda

Now, you are eligible to spend money from your account.

Read Also: How to Change My Kuda Account Phone Number and Name

How to increase kuda overdraft limit

The Kuda overdraft limit is about N150,000, and it stands if you are a regular user of the Kuda banking application. To increase your Kuda overdraft limit, you would have to exercise a little more patience. Sooner or later, the Kuda banking app would allow you to borrow as much money as you desire. Also, the bank would soon be allowing more people to borrow money as time goes on.

How long does kuda overdraft last?

The answer to the question of how long does Kuda Overdraft last? is tied to whatever purpose you wish to use the overdraft for. The bigger the purpose, the quicker you use up the money, and vice versa. So, the amount of time the Kuda overdraft lasts is entirely up to you!

See Also: How to Open Kuda Bank Account Online With Your Phone

How do I pay my kuda overdraft

The payments for the Kuda overdraft feature are quite simple. Several people have asked the question of ‘how they can pay their Kuda overdraft?’ The first thing you need to know is that repayments for an overdraft made are usually deducted from your Spend account.

Also, if the balance of your Spend account isn’t sufficient enough to cover the whole overdraft at the due date, the money would be deducted in bits. Those deductions would be made until all of the borrowed money has been paid, interest inclusive.

Also, some people also asked this question, ‘How do I pay my Kuda overdraft if I do not spend the money I borrowed eventually.’ In that situation, the money borrowed would be transferred back to the ‘Borrow’ account. This feature also stands if you spend just a little put of the Borrowed funds.

Read Also: How to Delete, Close and Block My Kuda Bank Account