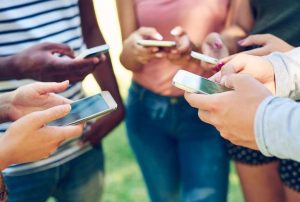 Glo which is the second largest operator was launched in 2003 by mike adenuga and has over 45 million users. The company offers fast 4g internet service, cheap data, cheap calls and many other benefits.
We always have that particular friend that don’t always have airtime, always disturbing you to buy airtime to for them.

Well if you have enough airtime on your own sim you can show them love by sharing to them especially when they are not close to you, this saves you the stress of going out to buy airtime then sending via text. With glo easyshare you able to share your airtime with family and friends in an instant, all you need is a glo transfer pin and their mobile number.

How to transfer airtime from glo to airtel network

Glo only allows you to send airtime from your glo sim to ONLY family and friends using glo, meaning you can’t share airtime to your friends on another network, they MUST be using glo.

They should simply go and register a glo sim if they want to enjoy this service with you, it’s that simple or they should go look for their glo sim and start using it, that’s the only way you can share your airtime with them.

Glo offers one of the best and cheapest data plans to its customers in nigeria, so I don’t see a reason why you shouldn’t get yourself a glo sim in this 21st century where data is oxygen.

Now if your family and friends have gotten or have a glo sim you can spread love to them by sharing some of your airtime to them especially those your younger ones that don’t always have airtime.

Sharing airtime from glo to glo is not difficult at all but most people are not familiar with this. Most people in nigeria are only familiar with “mtn share n sell” that they don’t even know they can transfer airtime too using glo.

Glo easyshare has made it possible and easy to send airtime to your family, friends and relatives in less than a minute.

Steps
Before you can be able to send airtime from your sim you must have a pin. By default glo assigned a pin ‘00000’ to all glo users to be used for their easyshare transactions.

But you wouldn’t want to use that default pin would you? unless you want your airtime to be disappearing every moment you recharge it’s better to change to your own pin.

With this you won’t have to worry about losing your airtime as no else but you have access to your transfer pin.
Without wasting much time let’s see you can have your own glo transfer pin and transfer airtime from glo to glo.

How to change glo transfer pin

Like I said earlier the first thing is to change your default pin, now how do you do this?
With your phone just dial *132*Default pin*New pin*New pin#

The pin must be five digits and must be repeated twice like I did for confirmation.
After changing your pin you can now share your airtime to anybody you want using glo.

How to transfer airtime glo to glo

Code to transfer: *131*080XXXXXXXX*500*47385#
If you have successfully done this you are going to receive a message confirming your transfer.

How to change glo transfer pin

How do I transfer airtime from glo to glo