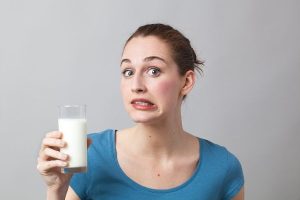 Benefits of soy milk for females

The benefits of soy milk for females are very numerous, and some other times, you’d hear it been regarded to as soya milk. Soy milk is obtained from soya beans which contain a heap load of proteins, and several helpful vitamins. To obtain the milk, what you need to first do is to immerse the soya beans in water so that seeds can become very soft. The softness is a property that you will most likely need when grinding the beans into a smooth paste.
In a cup of soy milk, you would find the following proportion of nutrients;

Most of the milks consumed today are obtained from dairy animals, but then, soy milk is one that is obtained from plants, which is one very healthy source. Apart from the healthy milk you get to drink, you are also blessed with a very creamy liquid that contains omega-3 fatty acid. The acid, alongside some other flavonoid constituents present in the drink go a long way to prevent inflammation. They will also help to protect your heart.

The other benefits of soy milk for females include;

Soy milk contains Vitamin B, which will help to protect your nerves, and brain. It also helps to fight against fatigue, as well as protect the liver even while it carries out the regular functions. There’s one very important Vitamin B variety; B7, which helps to protect you against rashes, hair loss, and other issues related to the heart. Lastly, there’s Folic acid, which will protect females during pregnancy by preventing birth defects and other birth issues.

It keeps your brain healthy, and less prone to issues like Alzheimer’s disease. The disease is one that would make a mess of your memories and other mental exercises by destroying the connections between the brain cells. The other mental related issue that soy milk solves is dementia. Dementia is one that involves a person losing his or her memory, and other very important cognitive abilities.

Soy milk is very low in cholesterol, given that it is sourced from plants. It being that low in cholesterol means that the veins and other vessels that lead to your heart do not have to get clogged or narrowed down. Usually, the narrowing down is due to the precipitation of cholesterol within them. Soy milk is also very rich in potassium, which has been noted to help fix the blood pressure of a human to very considerable levels.

Menopause in several females comes with several symptoms, which might sometimes come as being very painful. A few of these symptoms include hot flashes, which is a feeling of warmth in the part of the body above the waist. The heat usually is concentrated in the face, neck and chest.

Most times, such female would end up feeling very hot, or may appear to be blushing. The major constituent of soy milk that helps to alleviate the symptoms is phytoestrogens. Phytoestrogens are chemicals that belong to a class of chemicals called isoflavones. These chemicals usually act like estrogen, and then, balance most of the menopause-stirred reactions in a female.

Osteoporosis is a condition that is caused by a weakening of the bones staking the body. Calcium is one mineral that constituents bones, and soy beans happens to be one very rich source of the mineral. Once the body begins to have reduced calcium content, the bones grow weak, and then, become more prone to fracture.

Females, due to the amount of fat present in their bodies usually have their bones carrying more weight. That factor also contributes to the bones getting weaker easily. Soy milk comes to play by targeting those weak bones and strengthening them.

Almond Milk Benefits for Females – Is it Good or Bad for Women? +Recipe

The breast is one of the parts of the body of a female that is susceptible to diseases and infections. That is why most women would question the exact benefits of soy milk for female breast. Some people, over the time have also wondered if soy milk exposes the breasts to cancerous growths. Most of these assumptions and uncertainties have been expressed due to studies carried out on animals. The key to understanding this is for you to know that animals metabolize soy differently from the way humans do theirs. So, soy milk even though has an adverse effect on animals, does not pose the same effects to humans. Soy milk even reduces the risk of cancerous cells being present in the female breast.

The connection between soy milk and female hormones lies in one constituent of the milk, which is known as phytoestrogen. The constituent is more or less known as estrogen that is derived from plants. However, it is not exactly like the normal estrogen, as it only acts like it. What estrogen does in the body of a female is to regulate sexual activities like reproduction in females. It also helps to regulate functions to puberty and growth of sexual characteristics in females.

So, in most cases, where there is a seeming stunted effect of estrogen in the body of a female, soy milk can help to solve the issue by working in the same direction. It could also help to activate the same things that the normal estrogen activates.

Asparagus Benefits for Female – How to Make Asparagus Powder

Disadvantages and side effects of soy milk for females

In as much as soy milk has several benefits for females, we still need to ensure that there is a regulation in how frequently we consume it. This is because there are disadvantages and side effects of soy milk for females, and they include these;

Yes, soy effect could help to improve the effect of estrogen in the body of a female. But then, you need to bear in mind that estrogen is a hormone! Hormones usually are released into the blood in very minute concentrations which are usually still able to coordinate the intended purposes. A situation where the milk is consumed too frequently, or in very large proportions could lead to an imbalance in the levels of estrogen in the body. The estrogen becomes too much, and that could lead to very serious issues within the body.

Soy milk could in some way affect the functioning of the thyroid gland. These takings aren’t too exact though, as they are still being accessed scientifically. However, soy milk has not being shown to affect the health of the gland as the gland has been studied to still function effectively even on consumption of the milk. The only issue is that a couple of its functions were observed to be disabled.

Soy milk could cause issues related to digestion and sinus clearance. Even though soy milk contains proteins, it has also been shown to contain inhibiting constituents that streamline the effect of proteases. The effect of the inhibition usually shows up as constipation and indigestion.

Soy milk is plant-sourced milk, so, there is every possibility that during its production, or extraction from soy beans, pesticides and insecticides could have found their way into the milk. These chemicals usually lead to the occurrence of cancerous cells within the body when consumed. 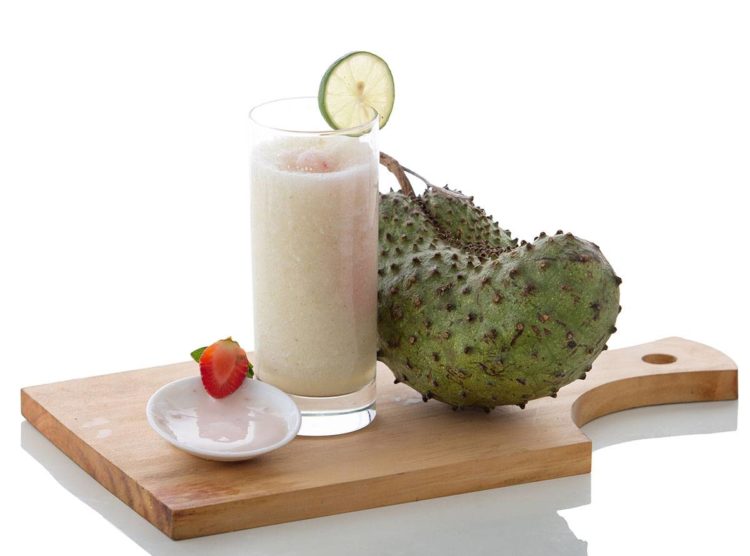