Code to link NIN to glo 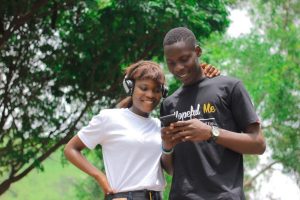 Our very own and one of the top telecommunications companies in Nigeria, Globacom telecommunication network recently revealed the USSD code and website portal that will serve as the answer to your question on how you can link your NIN to your Glo number. Ensure you read this article to the very end as you will get to know the code that you can use to link NIN to Glo sim card and the website that will guide you on how to link NIN to Glo sim card.

The Nigerian National Identification Number (NIN) can be said to be a unique number issued by the National Identity Management Commission (NIMC). It’s expected that each Nigerian is enrolled and issued the NIN for the aim of all-round identification, for example, the linking of the unique NIN to your Glo number specifically. In recent times and perhaps within the nearest future, this number is to be linked with every individual activity including banking transactions. Stay tuned for instructions on how to link your NIN to your Glo number.

How to get NIN number on glo

If you already have access to your NIN number, then you can proceed to the next sub-heading which gives full instructions on how to link NIN to Glo sim card. However, if you have have a NIN and want to get access or retrieve it using your glo sim card, see how to do that below.

To retrieve or get access to your NIN, use the following simple steps;

Once you’ve been able to retrieve your NIN, congratulations!!! Then we can move on to the next stage which will unreservedly reveal to you the instruction on how to link your NIN to your Glo number.

How to Borrow Airtime on Glo Network

How to link NIN to glo sim card

The methods revealed by Glo Nigeria on how you can link your NIN with your Glo number are three (3) major methods which will be extensively discussed here. The three methods you can follow to link your NIN to your Glo sim card include:

Stated below is the code to link NIN to Glo, it does not require you to have an internet-enabled phone or internet connectivity.

This second method is another way that you can use to link NIN to Glo sim which is highly beneficial to the User who does not have access to the internet too, as this method of linking your NIN to your Glo sim card is offline and free of charge.

You can as well dial 109 and follow the voice instruction to update your nin on glo via voice call.

Why is MTN Saying My NIN is Invalid? – How to Validate Your MTN NIN

How to Link My AIRTEL Sim With NIN Using My Phone

How to Link  to NIN to 9mobile Number With Your Phone

How can I link my glo sim to NIN?

To link your NIN to your glo sim dial this code *109*your NIN#. You can also submit or update your glo NIN via sms by sending “UPDATENIN NIN First Name and Last Name” to 109 or you call 109 and submit/update your NIN on glo via voice call.

That’s how to submit and link your nin on your glo line, follow any of the above methods that’s easier for you. Ensure to link your nin to your glo line and your other lines to avoid disconnection. Hope this post was helpful to you, don’t forget to share it to your family and friends using the share buttons on this post, your comments will also be appreciated.

How to Activate and Use GLO Youtube Day and Night Plan

How to Browse With Airtime on GLO – GLO Flexi Recharge